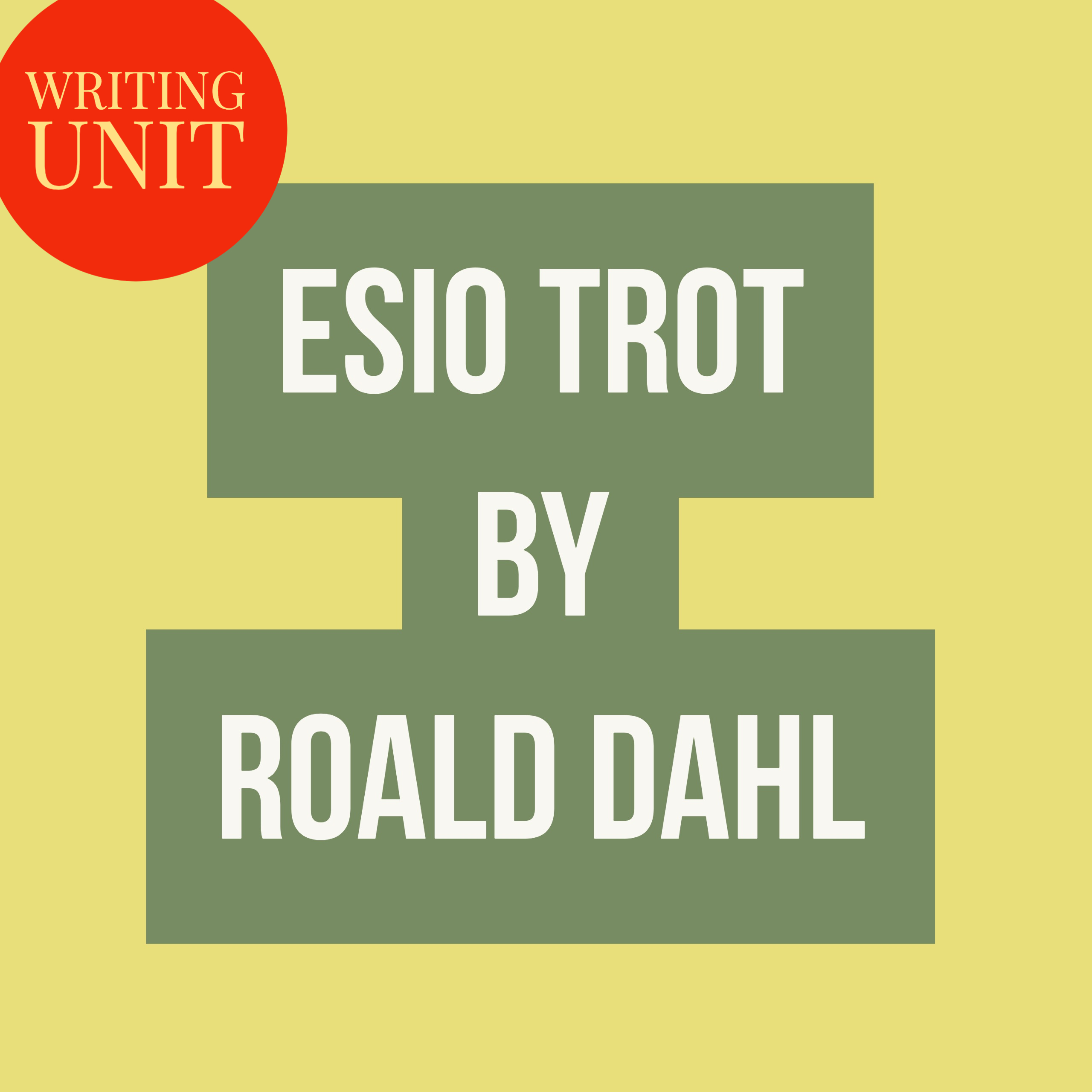 Esio Trot is a story about shy Mr Hoppy and his love for his neighbour, Mrs Silver. It was one of Roald Dahl's last stories and is dedicated to two of his grandchildren, Clover and Luke.

In the story Mrs Silver has a tortoise called Alfie who she loves very much. By 1990, when Esio Trot was published, it was no longer possible to buy a tortoise in a local pet-shop due to a law that had been passed in order to protect the tortoises. Roald explained all this in the introduction to the story, saying: "The things you are going to read about in this story all happened in the days when anyone could go out and buy a nice little tortoise from a pet-shop."

Esio Trot was a favourite of Roald's principal illustrator Quentin Blake and in 2013 a new audio version of the story was released - with Quentin as the narrator.